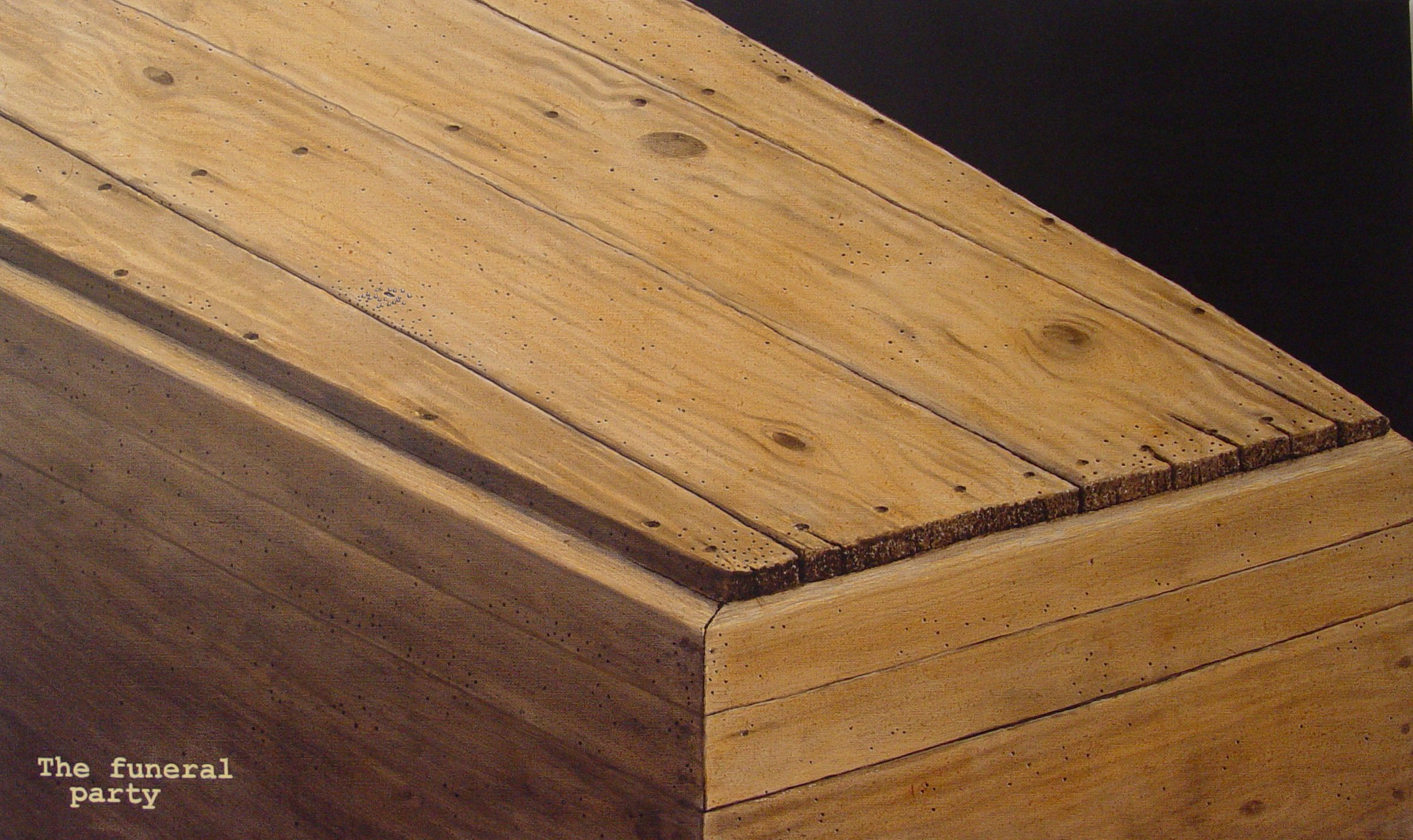 The real wake is not actually around the coffin, but on the lid, a very small scene. Hopefully the observer should have to look for the detail and then understands the title and subtitle. I was initially undecided between “The funeral party” and “Wake for a woodworm,” chose the first, but then my sister Kathy said that it had to be Wake for a woodworm so I added it as a subtitle. 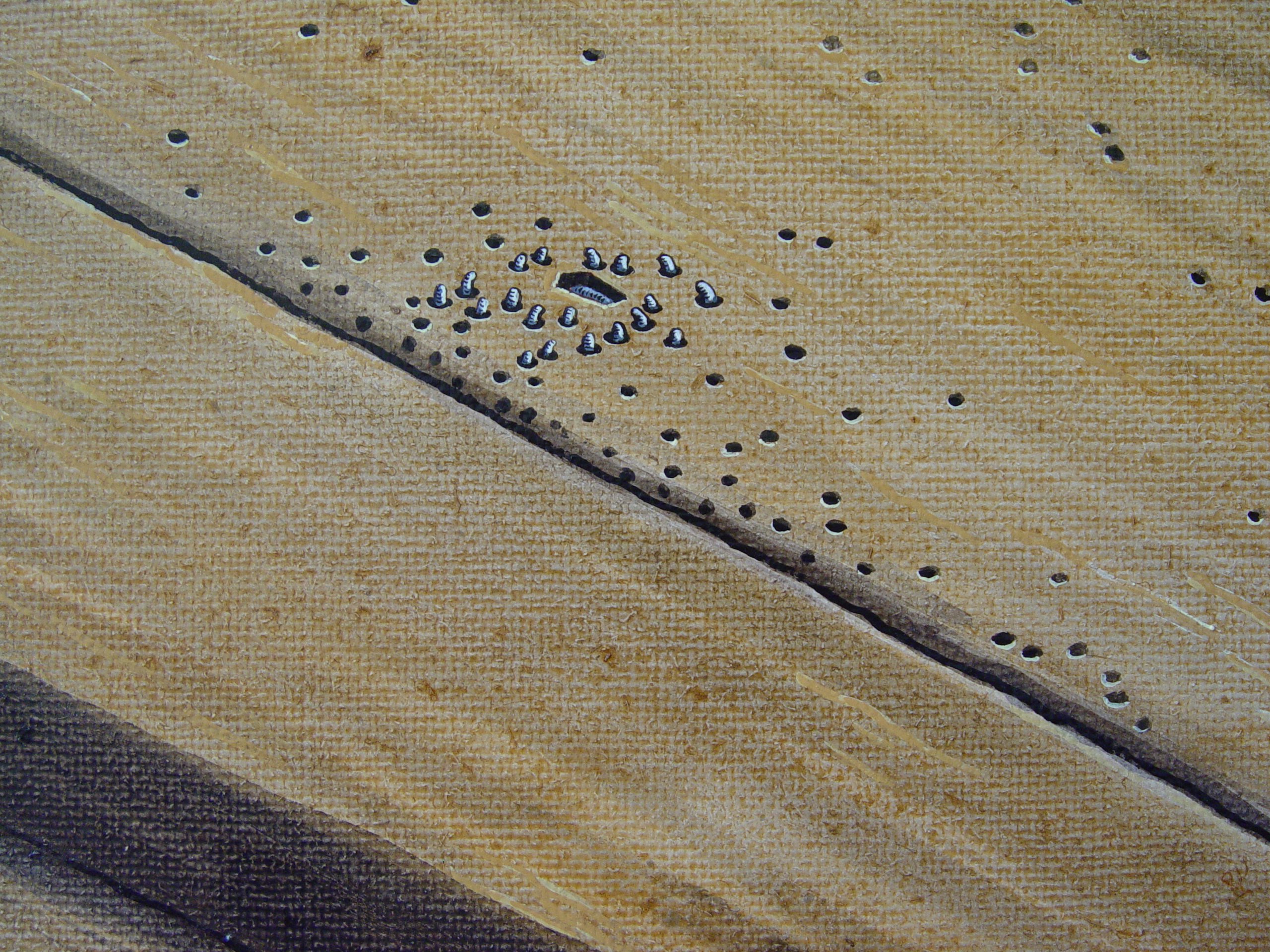 The funeral party (wake for a woodworm), detail

The picture developed from an earlier study, I was doing realistic paintings of wood at that time (2007). 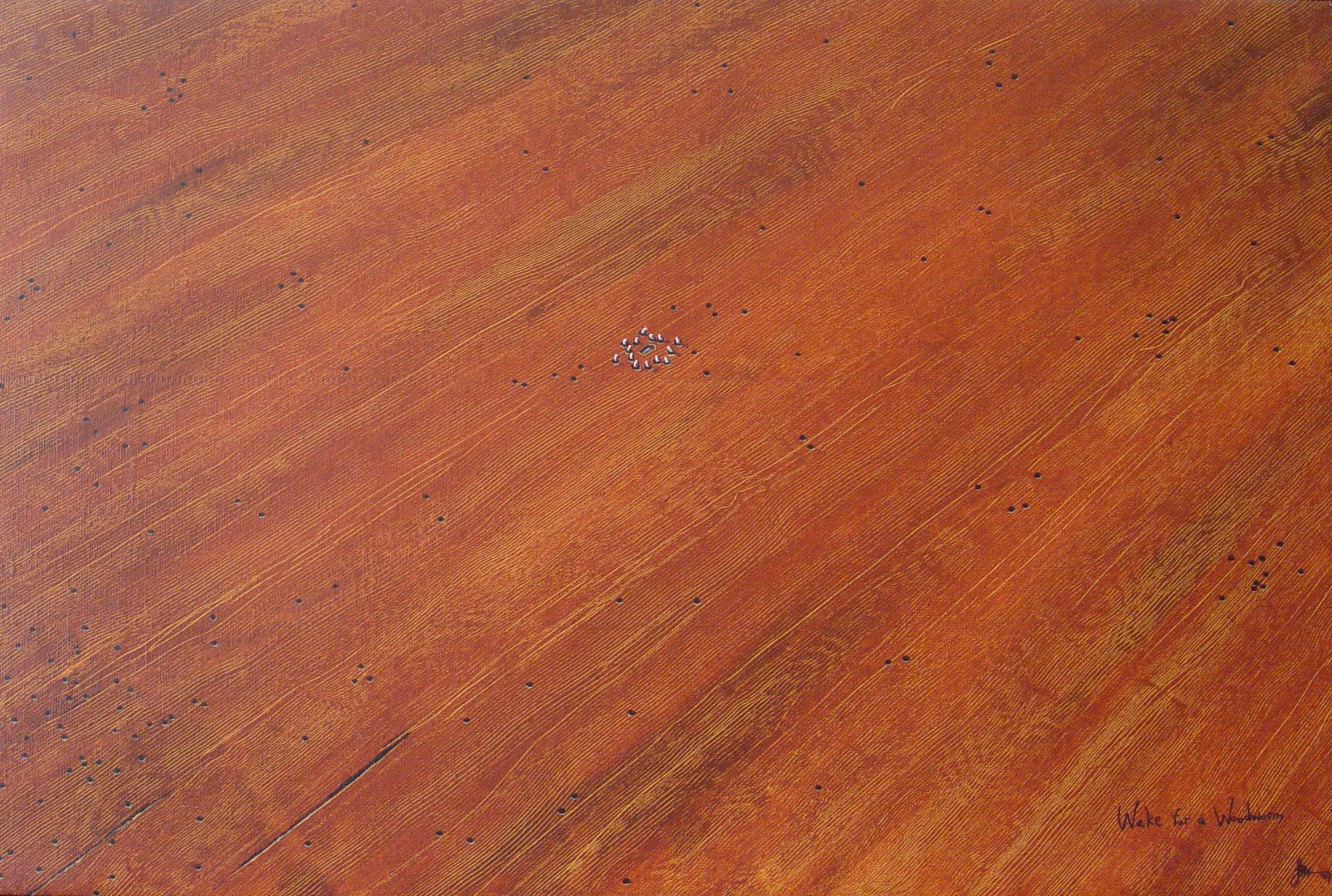 And so, the thought came, rather than just painting any old piece of wood, where would a good place for this wake be? 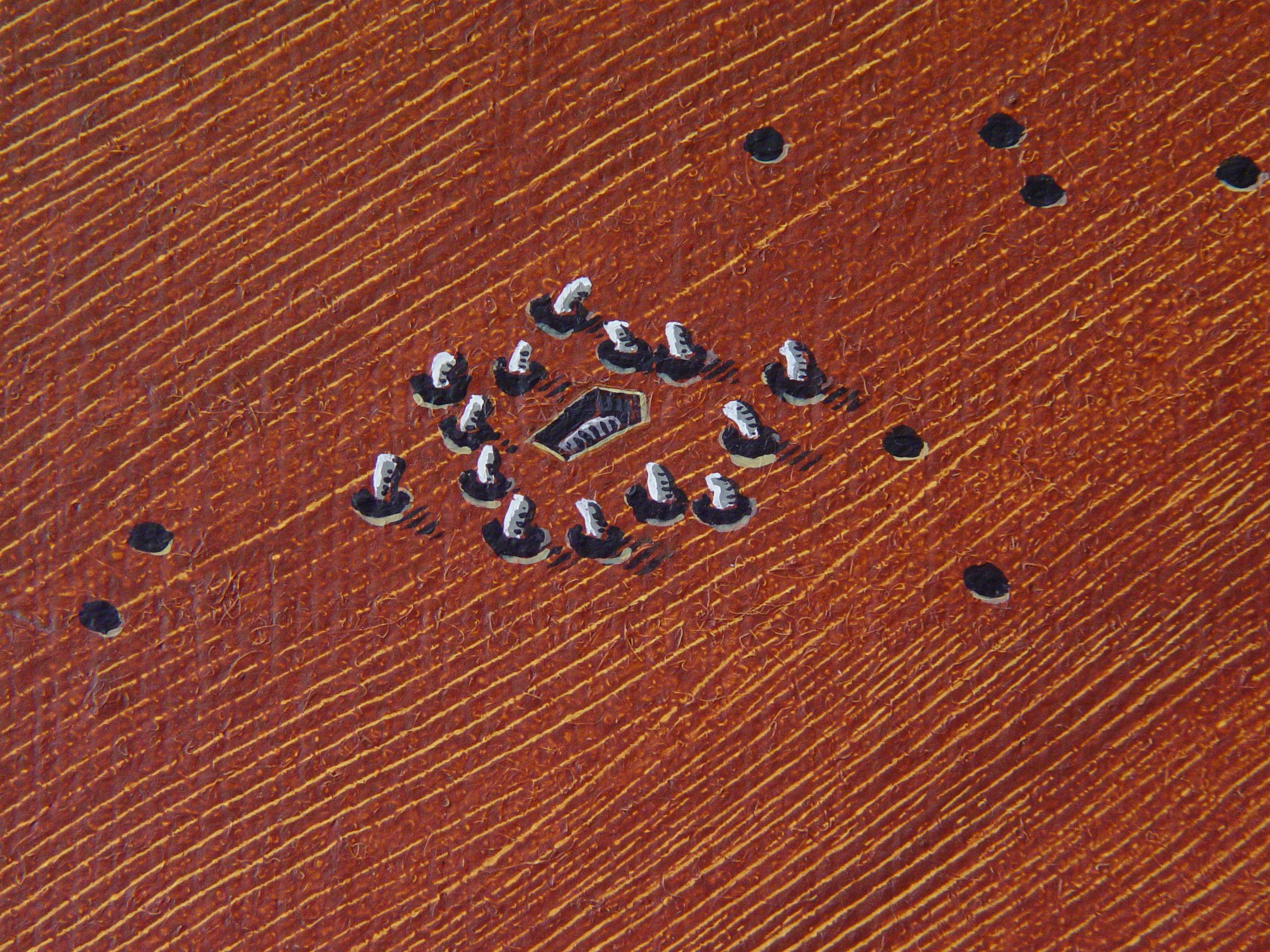 Wake for a woodworm (detail)